Category Archives: File under the part no one tells you about

3 Comments
File under the part no one tells you about

Today is #worldcancerday and forgive me if I’m a bit cynical. But looking through Google’s news feed on the subject,  I can’t help but wonder if today is the day journalists dug into their pile of press releases to see which ones mentioned cancer, then just regurgitated the information without doing any real research or asking meaningful questions.
Don’t get me wrong. There’s a lot of really great news out there about cancer and the potential for a cure.
But there’s also a lot of craziness that needs debunking. I get why spreading the misinformation is so popular. No one wants to think that there’s nothing they can do to protect themselves from this insidious disease. The truth is though, you really can’t: 85% of all cancers are caused by pure genetic bad luck; 5% are also the result of bad genetics that are known, such as women with the BRCA gene who have a family history of breast cancer like Angelina Jolie, who famously had her boobs cut off rather than risk a chance incurring of the disease. The remaining 10% of cancer cases can be prevented, namely by not smoking. To date, the only known cancer-causing substance is nicotine.
Nonetheless, today’s headlines are filled with inaccurate cautions and prevention strategies. This story claims that if you just stay away from certain foods or certain food packaging, you’re out of the woods. I don’t dispute that carcinogens may be found in the products mentioned. I’m just saying that there’s no scientific research that proves they cause cancer. We’re exposed to carcinogens everyday.  And theoretically, enough exposure over time could lead to cancer. It’s just that at the moment we don’t know how much exposure or how much time, which makes it hard to prevent.

Then there’s this CNN story that somehow determines that a correlation between obesity and cancer somehow makes obesity a cause of cancer, particularly among millenials. Let me explain something about correlations and how they’re derived. You take one number, such as how many people are obese and plug it into a fancy formula with another number, such as how many people have cancer. If it produces a high percentage – say 80% – then mathematicians say there’s a correlation. So let’s say you take the number of pizzas sold at your local pizza place on Superbowl Sunday and match it with the number of kitten videos posted on #Caturday on Twitter and plug it into the same formula to find an 80% correlation. As a rational human being, do you really see a correlation? And can you extrapolate from it that pizza orders on Superbowl Sunday cause out-of-control cat video postings on Twitter on a given Saturday?

MD Anderson’s Dr. George Chang, who’s quoted in the CNN story, says it best: “The study was not set up to establish causation. We know there are many factors that are associated with both obesity and cancer, such as lack of exercise and poor diet. How much each of those factors contribute to cancer is less clear.” Somehow that information is buried deep within the story.

Then there’s this well-meaning piece that confuses early detection with preventable deaths when what they’re really trying to prevent is costly treatment.

“By detecting cancer at its earliest stage, we seize the greatest opportunity to prevent millions of avoidable deaths worldwide,” the Union of International Cancer Control’s chief executive officer Dr Cary Adams said. But read a little further and really what he’s suggesting is that detecting cancer can buy five year’s worth of life, which really isn’t a cure and certainly doesn’t prevent millions of deaths. Perhaps prevents millions of premature deaths would be more accurate.

The real news on World Cancer Day is what’s being done to cure cancer or at least make it a manageable disease. Unfortunately that information hasn’t percolated through Google’s news feed, although it did make my inbox. Take for example this update from the Cancer Research Institute on what’s on the horizon for immunotherapy. As CRI’s review notes, if diet has any impact on cancer at all, research shows it’s through a healthy gut microbiome. That means eating more yogurt, high-fiber foods and fermented foods or drinks such as kimchi or kombucha. Somehow that point has been missed by all the “prevention” and “eat this not that” enthusiasts.

Tagged breast cancer, debunking cancer myths, immunotherapy, World cancer day
Leave a comment
File under the part no one tells you about

What do you do when you get that kind of news? 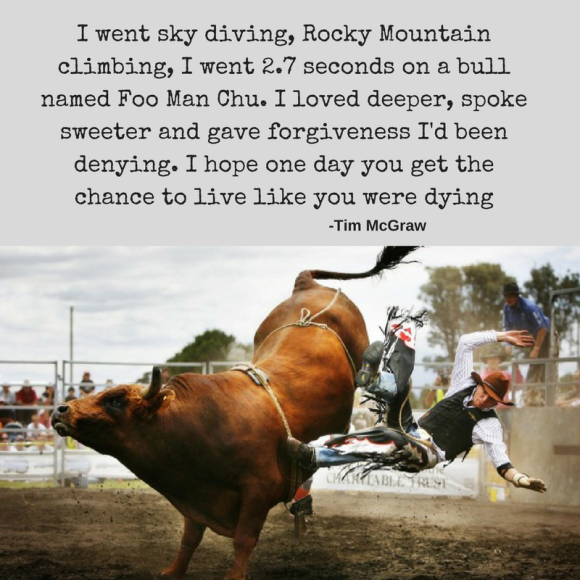 Late last night, as I fought to hold my stake of the six inches of mattress that wasn’t occupied by my sprawled-out labrador or my pinned-in husband, I found myself scrolling through Twitter.
It’s amazing how many folks are posting at odd hours of the morning. I hadn’t been on the site all day and it seemed that quite a day it had been in the Twittersphere. That’s when I came across my friend Beth Caldwell’s post:

So, I have some bad news. Yesterday I found out that I have leptomeningeal metastasis. Median survival is 2-4 months. I have decided not to continue treatment and to instead enjoy the time I have left with my family. It has been my great privilege to be a co-founder of METUP.org, a movement of people with metastatic breast cancer fighting to keep each other alive. I ask all of you to keep fighting for more and better research for MBC. It’s too late to save me, but it’s not too late for others.

Beth and I share a similar name, a breast cancer mets diagnosis, the same political bent, a sense of humor and a fiestiness that has kept us alive. In this war, Beth is a general. When doctors, pharmaceutical companies and the FDA said to her “you don’t fit our clinical trials criteria,” she responded by saying “What’s that? You’ll need to speak a little louder. I can’t hear you.”
When doors slammed in her face, she kept knocking. When no one answered, she found a window to climb in and announced, “I’m Beth. I need some help. I guess you didn’t hear me.”
When her tumor sequencing came back showing itself similar to a type of colon cancer, she fought insurance and drug companies to get a colon cancer drug that held promise but wasn’t approved for breast cancer – a huge, recurring problem in the fast-changing world of cancer research and treatment.
When that didn’t work, she fought the FDA and pharmaceutical companies to get into an immunotherapy clinical trial that barred people with cancer that’s spread to the brain, where hers had lodged itself.
She joked and posted photos while undergoing gamma knife treatment for the tumors in her head. She shared her pain and anguish that the drug Keytruda caused in the clinical trial. We all saw it as a sign it was working and cheered her on.
And now, this. A point we all come to, particularly with a disease that has a 90% fatality rate.
That unsettling fear that I’ve been writing about suddenly announced its purpose – it’s been serving as a mask for grief.
Grief for the people I’ve lost, like my sister who’s death anniversary is Sunday. Grief for the people like Beth, whom I’m losing. Grief for myself, for what might of been, for what will never be.
Somewhere, though, in the silence of the early morning hours, came a realization, the thing I couldn’t put my finger on in my last post. That this journey comes with its bumps and boulders and grief is always going to be among them. My challenge is to find a way to integrate that into my life without the despair that holds me back from living or accomplishing what I’m trying to do.
And in that moment, I formed a wish for my friend: Beth, may you have a magnificent death, surrounded by the love, honor, respect and admiration that we all feel for you. May you exhale your last breath with hope in your heart. Once your spirit is freed, please visit. Send me a sign to let me know you’re there. And know that I will be carrying on the fight with you in my heart, harnessing the hutzpah you’ve shown us and smiling fondly as I ask myself “What would Beth do?”

Suddenly, grief lost its hold on me.